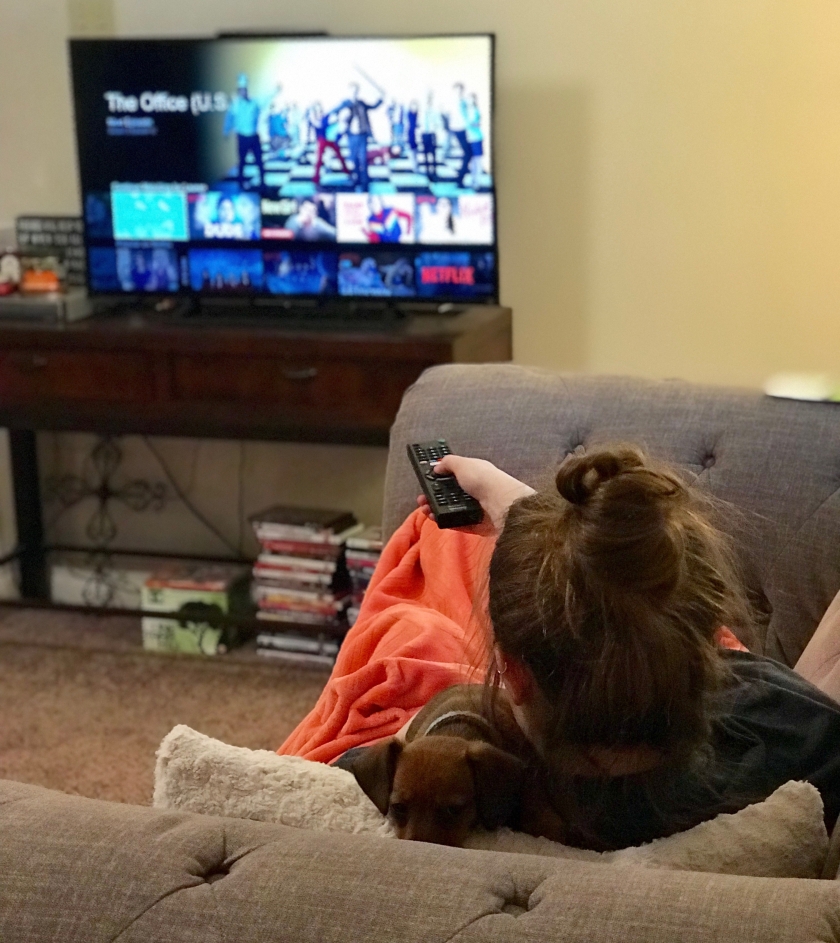 Yes, we know we are college students and that means that we have homework and studying. And believe us, we do! But that also means that in between all of that studying there are many, MANY shows that we have come to love and eventually re-watch multiple times. Here are the ones we are watching at the moment!

The Office, Parks and Recreation, and Friends

How do y’all expect us to pick a favorite out of these three? We literally watch them over and over. Once we finish the any three of these series, we immediately re-start them. We can actually quote most of the episodes and will never get tired of them. If you haven’t watched any of these three amazing shows, start one NOW!

Tim Allen stars in this family comedy as Mike Baxter. The show follows him and his wife raising their three daughters and all the challenges and fun that that entails. This sweet sitcom is one we could watch over and over again.

Get ready to giggle! When a quirky teacher Jess moves in with three unlikely male roommates, they experience life together in weird and random ways while trying to figure out their 30-year-old “adult” selves. Between their careers, love-lives, and mess-ups things are always interesting.

This is not your typical high school drama. A killer, the Serpents, and secrets; Oh my! One of the main draws to this show for us was Cole Sprouse a.k.a. one of our childhood heartthrobs. We were excited because we got to see him in such a different role from what we had seen before and so far we love his dark side! Definitely a great murder mystery for high school age and up and we can’t wait to watch season two!

Talk about drama! And the best kind; Hollywood drama! This show follows an ordinary college girl with dreams of becoming a famous actress as she lands her first big movie role. We watched the first season on Freeform last year and the second season recently started airing this month. We always look forward to watching it every Thursday morning on Hulu!

This one’s scary! It will definitely will get your blood pumping. It is pretty much a mini scary movie every episode. So far there are only two seasons available to watch on Netflix, the third season is still being currently aired on television. This one is also not for the lighthearted when it comes to goriness. The show follows Emma, a teenage girl, who is supposedly being tormented by Lakewood legend killer Brandon James. She and her friends try to uncover the secrets of the town as well as her own family secrets. The non-stop suspense is what kept us clicking “Next Episode”.

One of the main reasons to watch this show is honestly just to look at Charlie Hunnam a.k.a Jax Teller. You would definitely need to be at an older age to watch this show (17 and up) because it is very gruesome, has a lot of violence as well as sexual content. The show follows the story of a California motorcycle club during their gun runs, cartel conflicts, family issues, but also their strong brotherhood. We enjoy the inside look at a world that we knew absolutely nothing about and the strong bond between friends and how much they look out for one another.